You are here: Home1 / Enrichment Programs

At St. Mark Community Preschool we strive to instill a lifelong love of nature. The Preschool values outdoor learning time on our beloved Nature Yard and Play Yard.  At St. Mark you’ll see children participating in gardening activities, environmentalism, noticing wildlife, and identifying native plants. We have a dedicated Outdoor Classroom Teacher, Debbie Dispalatro, who provides a consistent and intentional outdoor experience for the children.

Benefits of time outside:

The children at St. Mark Community Preschool love walking down to the Church Sanctuary once a month to join Pastor Mark for their monthly chapel. Each month Pastor Mark enjoys sharing stories, songs, and prayers with all our classrooms. Pastor Mark also participates in various events during the school year where all families are invited to join us for our Chapel time.

Who is Pastor Mark? 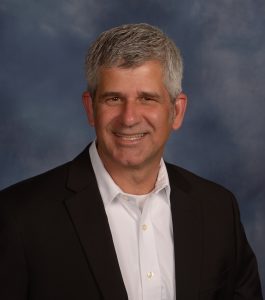 Mark Davis was raised in Hampton, VA, attending and being educated for ministry in the Pentecostal Holiness Church. After college he attended Union Presbyterian Seminary in VA, and shortly after began the journey of becoming a Presbyterian pastor.

In January, 2014, Mark accepted a call to serve as the pastor of St. Mark Presbyterian Church, a vital, socially active congregation in Newport Beach. Mark is also active in the Presbytery of Los Ranchos, moderating the Generative Catalyst Team, which is responsible for cultivating a spirit of innovation and faithful responses to what God is doing in the world. Mark has also been a featured speaker at conferences, workshops, and retreats on theology, biblical studies, and worship.

Ordained in 1996, Mark holds a Doctor of Philosophy in Theology, Ethics and Culture from the University of Iowa and a Doctor of Ministry from Union Presbyterian Seminary in Virginia. He is the author of two books: Talking About Evangelism, (May 2006), and Left Behind and Loving It (Fall 2011), as well as numerous articles, book reviews, and essays. In addition, Mark blogs intensive Bible studies regularly at Left Behind and Loving It and occasionally at Mark of St. Mark.

Mark is a music lover who writes, sings, and plays the saxophone, particularly with St. Mark’s Synerjazz Trio. Mark and his wife, Chris, have four delightful children ranging in age from 15 to 26 and a shy rabbit named George.

We love St. Mark Community Preschool! As members of St. Mark Presbyterian Church we were so happy that the preschool far exceeded our expectations. Our child has blossomed from the developmentally appropriate curriculum provided and he loves going to school each day. The school has fostered a fun, creative, and loving environment while also teaching our son crucial skills for kindergarten readiness. All of the teachers and administrators are exceptionally kind, caring, and professional. An added bonus are the large outdoor play spaces in the Nature Yard and playground. We cannot think of a better start for our child than the experiences he has gained at SMCP!